Baku - The Mirror of a Fast Growing Country

Baku: The Mirror of a Fast Growing Country

Two Azeri women look trough the bus window. The majority of the population remain poor as a small minority are taking advantages of the rapid economic growth of the country. Azeri GDP grew 41.7% in the first quarter of 2007, possibly the highest of any nation worldwide, as the country economy completed its post-Soviet transition into a major oil based economy.
Baku was awarded the right to host of the first European Games, a multi-sport event. 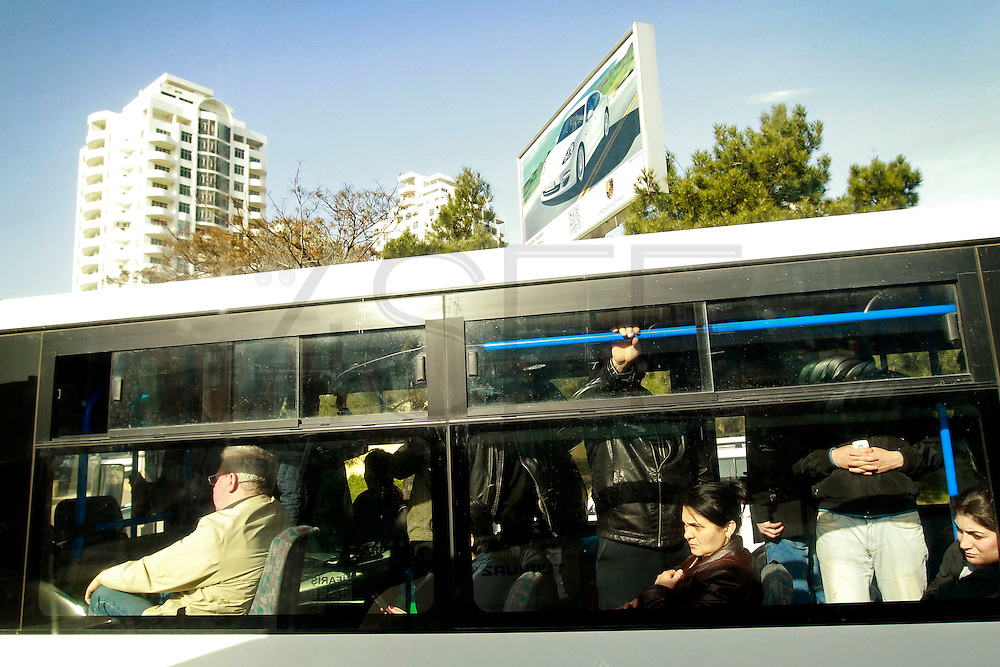