A bid flag of the republic in the Jaume I street of Barcelona. People march to the city council of Barcelona to claim a referendum on republic. / More than 5 thousands of people in Barcelona city took the Catalonia Square on Monday evening to demand a referendum on monarchy or republic, after King Juan Carlos announced his plans to abdicate and hand over power to his son Felipe. In Catalonia many people see the king as part of Spain’s problems of the economic crisis. As the political analysts have linked the abdication to the issue of Catalonia’s Independence, people on Barcelona’s streets have claimed the independence supported by some political parties as CUP, ERC, ICV and others. 2th June 2014. Barcelona city center. Eva Parey/4SEE. 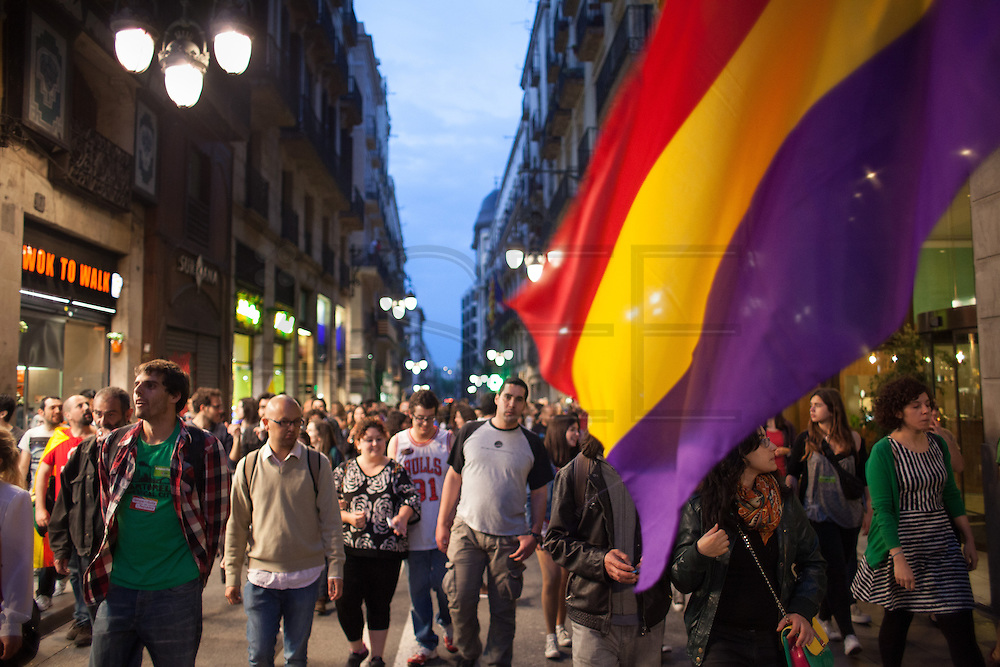