2014/11/22 – Quimili, Argentina: Catalina Barraza (56), Pedro Sousa (59), Maite Sousa (12), Franco David Sousa (14) and Silvio Daniel Sousa (23), in front of their house in in the allotment number 5 of the Guaycurú Indigenous Community. A few weeks before armed men belonging to soya groups forced entry and threaten the younger children of the family, Maite and Franco, that were alone in the house with a friend. They force them to take a few valuable belongings while the men destroyed other material stuff and told them to never come back. Due to the help of neighbours of the community the family was able to scare them away and recover their house. (Eduardo Leal) 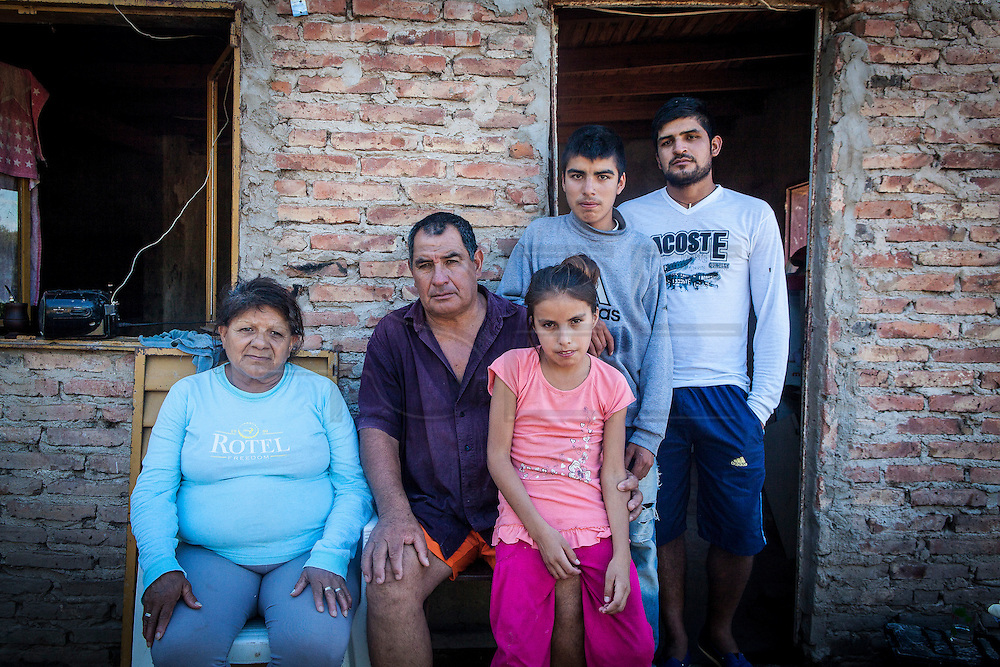