An inmate walks into the shower cell in the area reserved for inmates serving time. The towels put up by inmates to attempt at some privace. The telephone to the left can be used by any inmate but is accessed using a PIN number that needs to be set up by a family member with preparid plan. The Bristol County Jail & House of Correction located on Ash Street in New Bedford, Massachusetts was started in 1829, and is the oldest running jail in the United States. The Ash street jail, as it is known, has been a controversial facility since it opened. It is believed to be the site of the last pubic hanging in Massachusetts sometime in the 1890's. Two big riots broke out in the 90's (1993, 1998) and since then the facility has been modified to alleviate some of the crowded conditions that resulted in the riots. 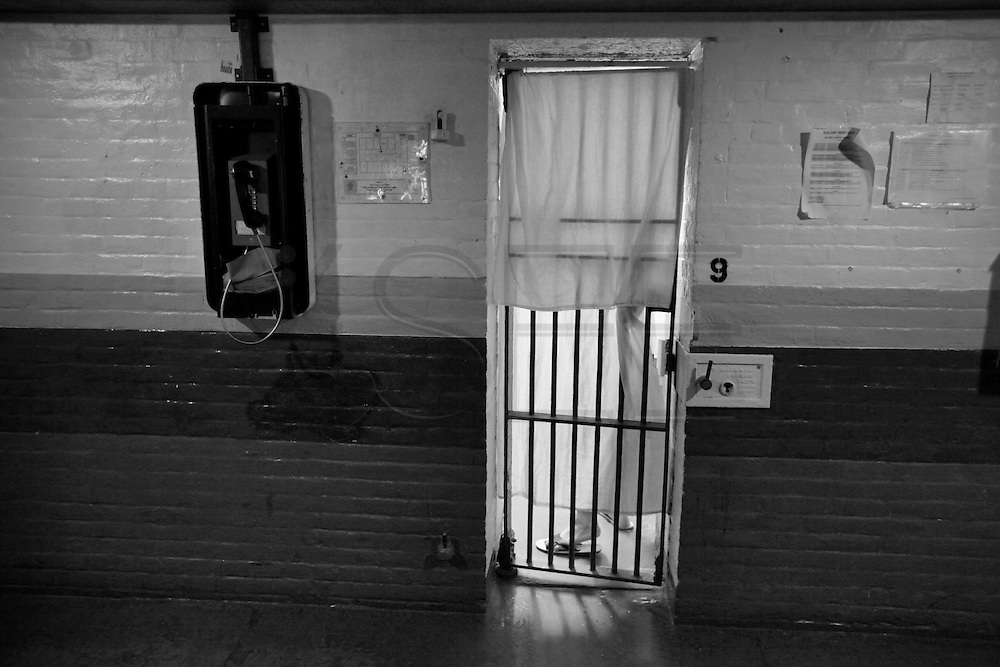