In Portugal almost every university has a music band. The bands are generally composed by man only or woman only and everybody attending the university can try to enter. In the university of Minho (Braga) the band is called The Tuna and is an only man band. The people that would like to be part of the band are entering as fresh man, after some time their status go up to the level of “Pyjamas” and finally they become part of the band. The upgrade of the band social status depends on the behaviour of the single people, on how they contribute for the well been of the band and on how they react to the bullying done by the members of the band. Been part of the Tuna is not only play is also spend a lot of time with the band bodies. The people of the Tuna prepare their show in their head quarter in Braga. 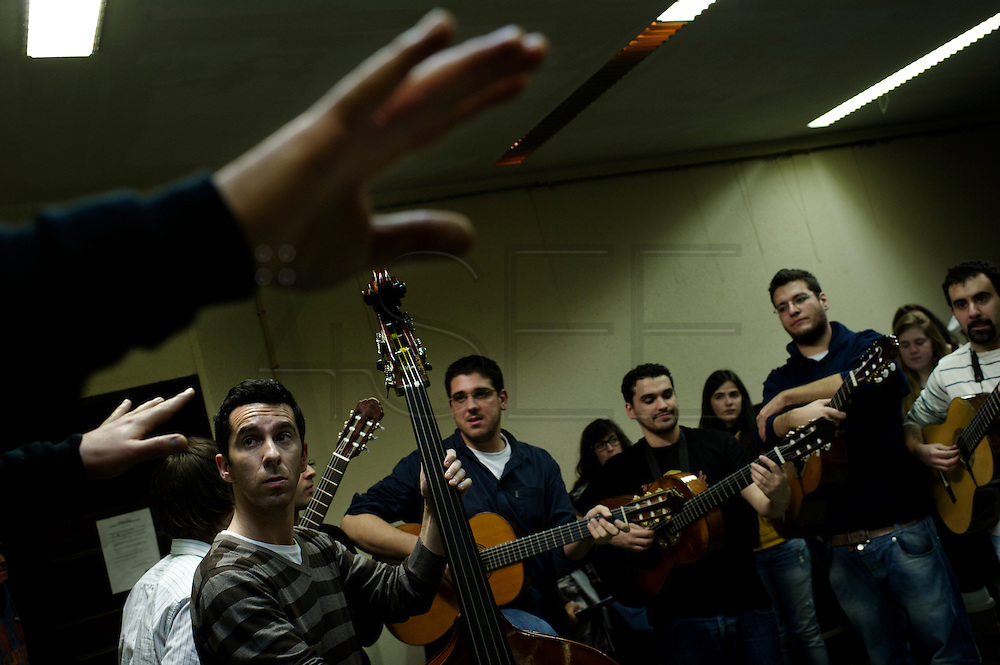