Athens, Greece - A group of people waiting for food delivery at the gates of KYADA, Municipal Center, an organization helping the needy and homeless in Athens. Approximately 1500 meals are distributed daily. According to KYADA, this number falls far short of needs. Greek economical crisis started in 2008. The so-called Austerity measures imposed to the country by the “Troika” (European Union, European Central Bank, and International Monetary Fund) to reduce its debt, were followed by a deep recession and the worsening of life conditions for millions of people. Unemployment rate grew from 8.5% in 2008 to 25% in 2012 (source: Hellenic Statistical Authority).
Bruno Simões Castanheira 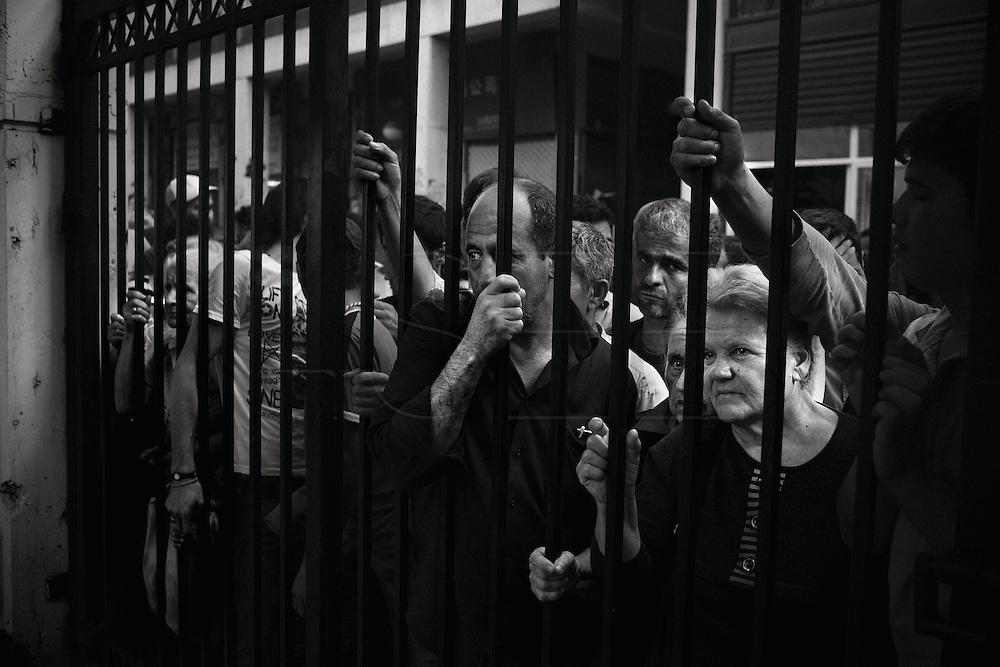