channel76/The End of an Era

A boy takes photographs with his mobile phone of one of the many photographs on display in the galleries of the Museum of the Revolution in Caracas, 29th March 2013, where Venezuela's President, Hugo Chávez remains rest. The 4th February Military headquarters where transformed into a museum when the body of Hugo Chávez was translated from the Military Academy. Chávez ruled Venezuela for 14 years, passed away on the 5th March 2013. He revolutionized not only his nation but also other countries in Latin America, with his political views and what he called the “21st Century Socialism”, supported by the petrodollars from Venezuela’s massive oil-reserves. 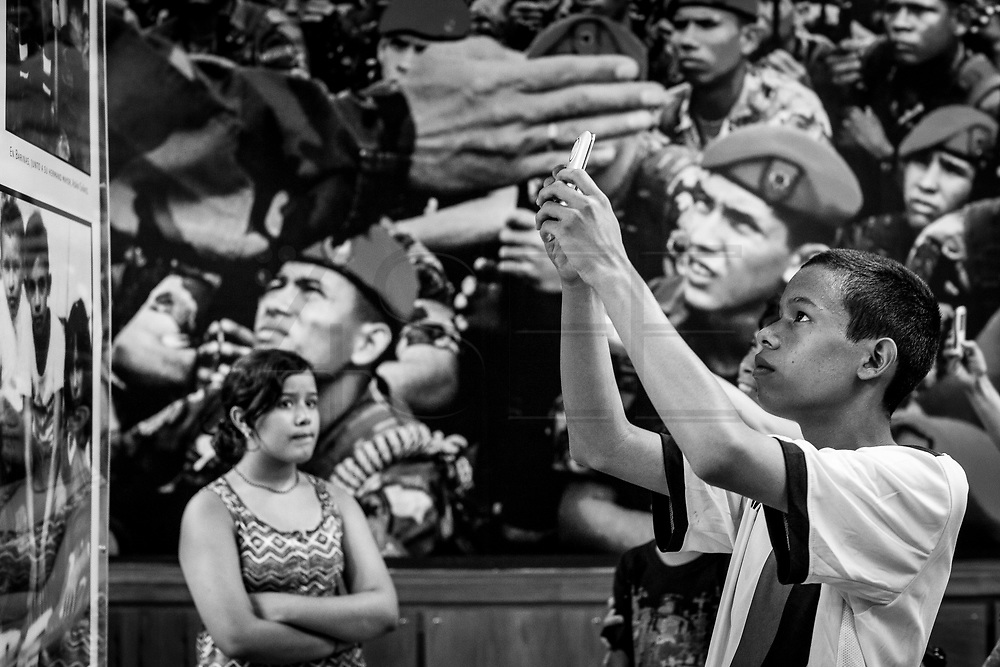