The Puerta del Sol movement has terminated their demonstration in Madrid.Spaniards flood Madrid's Puerta del Sol Square on regional and municipal pre-elections demonstrations. The general assembly of Sol was born after a protest in May 15 2011, organised via Twitter, Facebook and other social network. In the first meeting it was agreed to peacefully overnight in Puerta Del Sol. Suddenly, start the first working groups and the movement went to other places, gathering in central squares all over the country. They protest against high unemployment and politicians they consider inept. The aim was to claim a new society to give priority to people over the economic and political interests. A change in the society. Since then more and more citizens are actively involved in this community. They finally went on camping until June 12th. The movement of the General Assembly finally decided to leave the Puerta Del Sol .From now on specific events are held on specific days of protest and continue the protest campaign on the Internet. # Photo Alberto Paredes / 4See 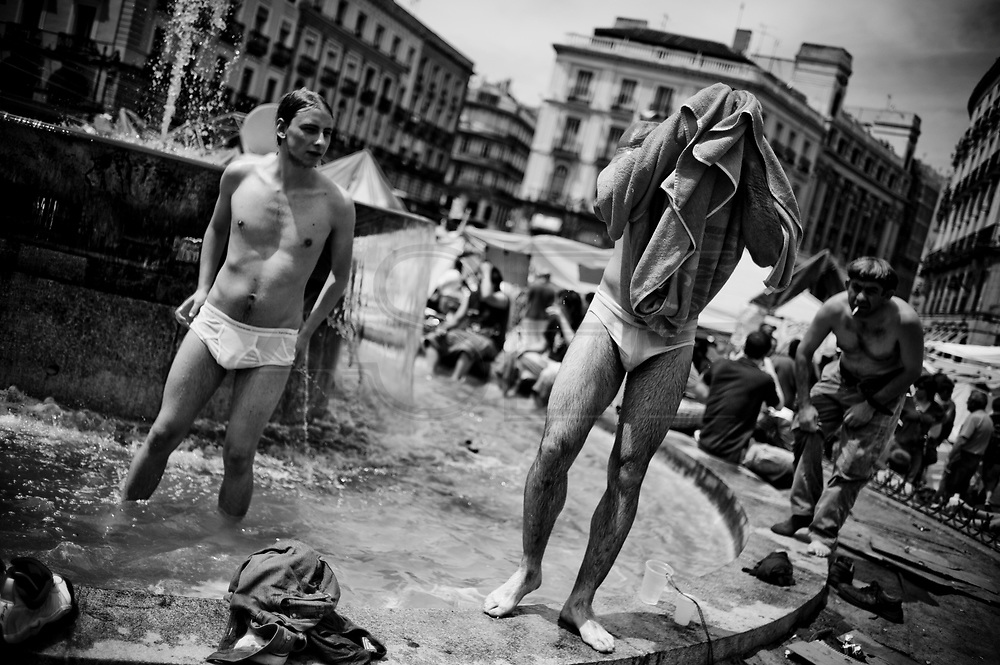