Athens, Greece - Two immigrants transporting recycle and exchanging objects in a cart. Since the crisis started, employment and income have shrunk for both the native and immigrant populations, while competition within and between the two has greatly increased. Greek economical crisis started in 2008. The so-called Austerity measures imposed to the country by the “Troika” (European Union, European Central Bank, and International Monetary Fund) to reduce its debt, were followed by a deep recession and the worsening of life conditions for millions of people. Unemployment rate grew from 8.5% in 2008 to 25% in 2012 (source: Hellenic Statistical Authority).
Bruno Simões Castanheira 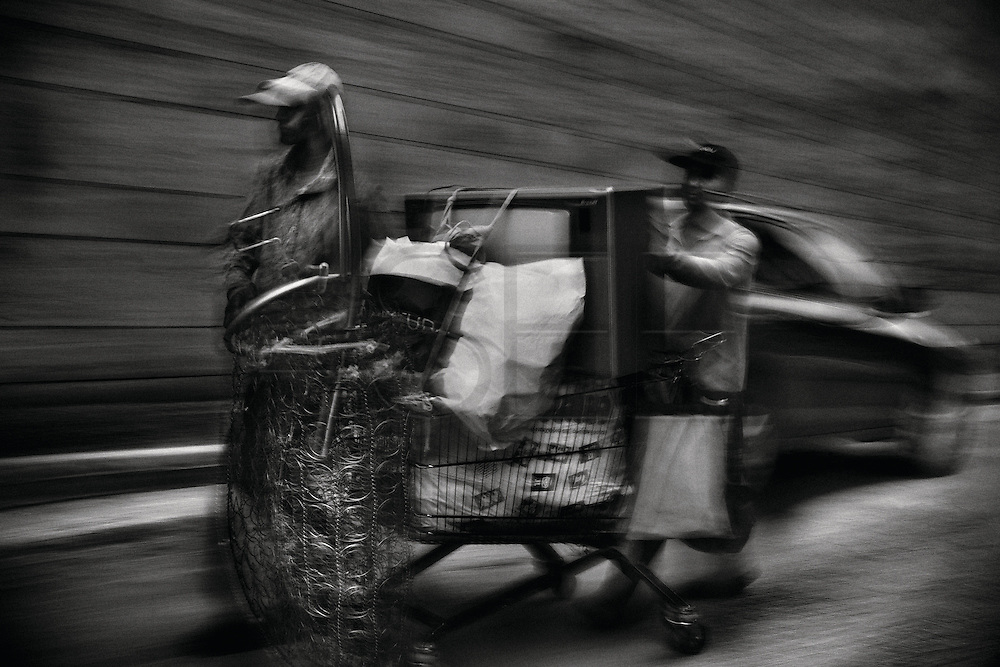