Pilgrims wait the arrival of Pope Benedict XVI to Fatima, a holy site for Christians where is believed that Holy Mary appeared to three shepherd children. Pope John Paul II attributes to Holy Mary of Fatima responsibility for the miracle of his salvation from the assassination atempt he suffered in 1981 in San Peters Square in Italy. Pope Benedict is on a four-day visit to Portugal, one of the countries with the highest percentage of Catholics in Europe, Fatima, Portugal. 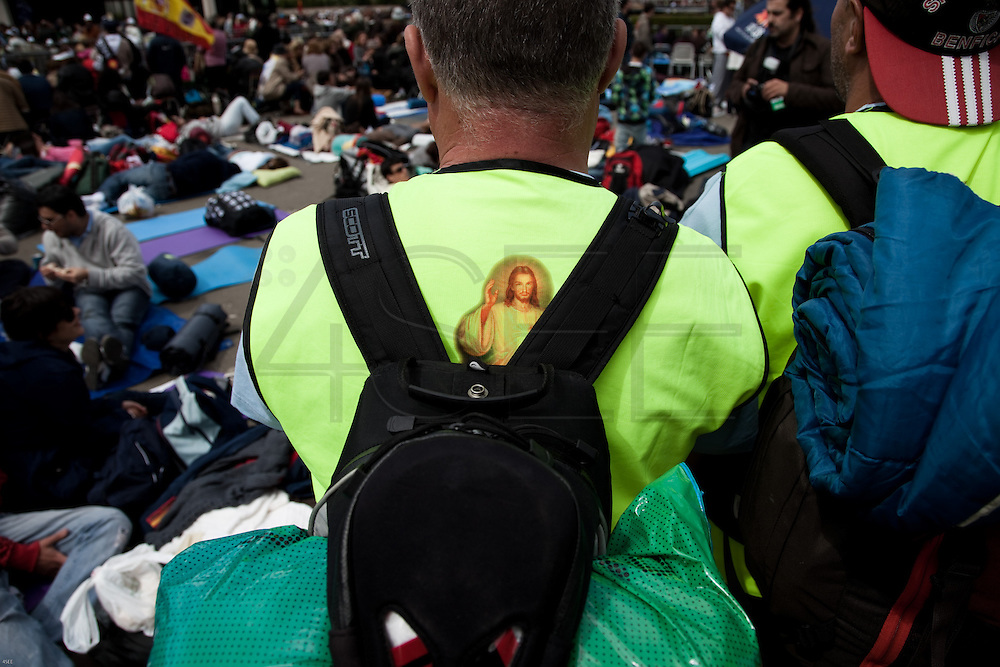