2014/11/25 – Monte Quemado, Argentina: Soy businessman, Jorge Siccioli, is at the end of the accused bench during the trial on the assassination of Cristian Ferreira, a member of the National Movement of Indegenous Farmers (MOCASE). MOCASE is association that fight the intensive agriculture that is happening in Argentina, the despoil of indigenous people of their land and the destruction of forests and wildlife areas. Cristian Ferreyra was assassinated on the 16th of November 2011. Businessman Jorge Ciccioli, accused of being the mastermind of the assassination was at the end absolved of any crime, while his keeper, Javier Juárez, who pressed the trigger was sentanced to 10 years in prison. (Eduardo Leal) 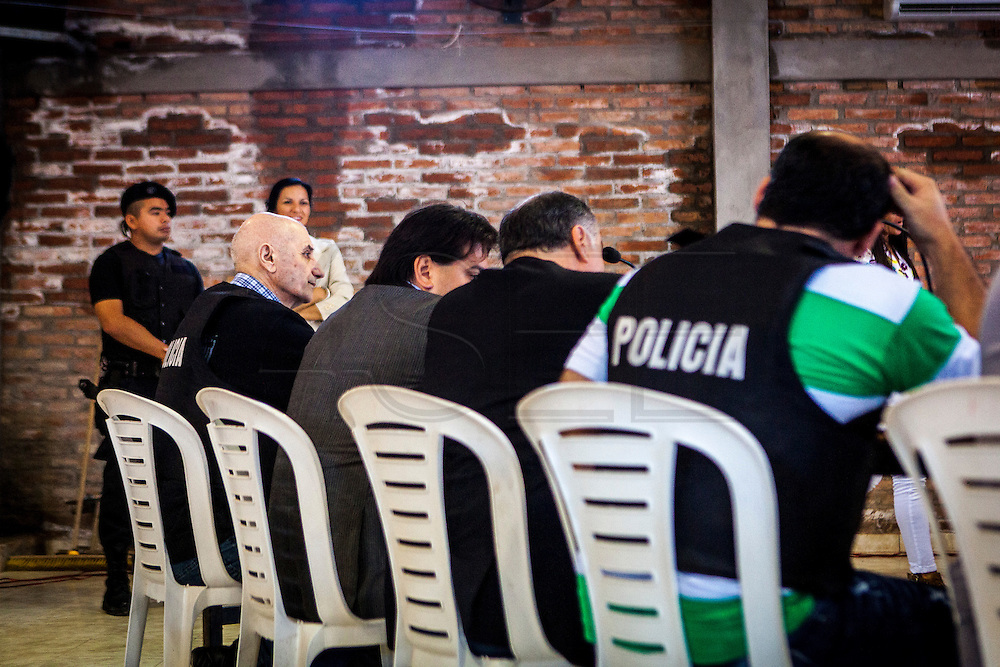