2015/11/23 - Medellín, Colombia: The daughter of the leader of Barrio Pablo Escobar neighbourhood plays on her computer being overlooked by a Pablo Escobar portrait. People of the neighbour are forever grateful to Pablo Escobar, the most famous Colombian drug lord. Originally called “Medellin Sin Tugurios,” or Medellin Without Shanty Towns, Barrio Pablo Escobar is located high up on the eastern slope of Medellin, where Pablo Escobar built 400 houses, which he gave to poor people that used to live in a mountain of garbage in the Moravia barrio. (Eduardo Leal) 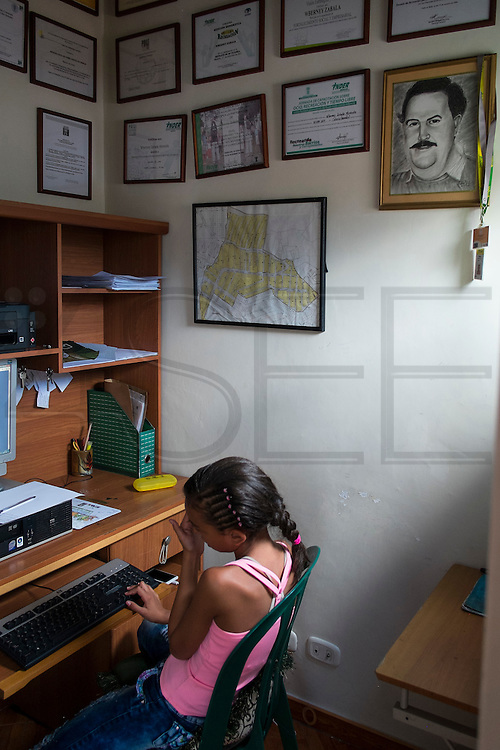