A huge demonstration with half a million people gathered in Barcelona in a rally through Passeig de Gracia till Plaça de Catalunya, after the terrorists attacks in Las Ramblas and Cambrils on last august 17th. There were thousands of roses and placards claiming the peace under the catalan motto “no tinc por”, “I’m not afraid”. There were also messages denouncing violence and condemning Spain for selling weapons. The muslim community joined shouting “not in my name” and “they are terrorists, not muslims” referring to the killers. Workers from health serviced and local police were honored by many people. The demonstration has been organized by the Catalan Government, with the King of Spain, the president of Spain and Catalonia. Barcelona, 26th August. Photo: Eva Parey/4SEE 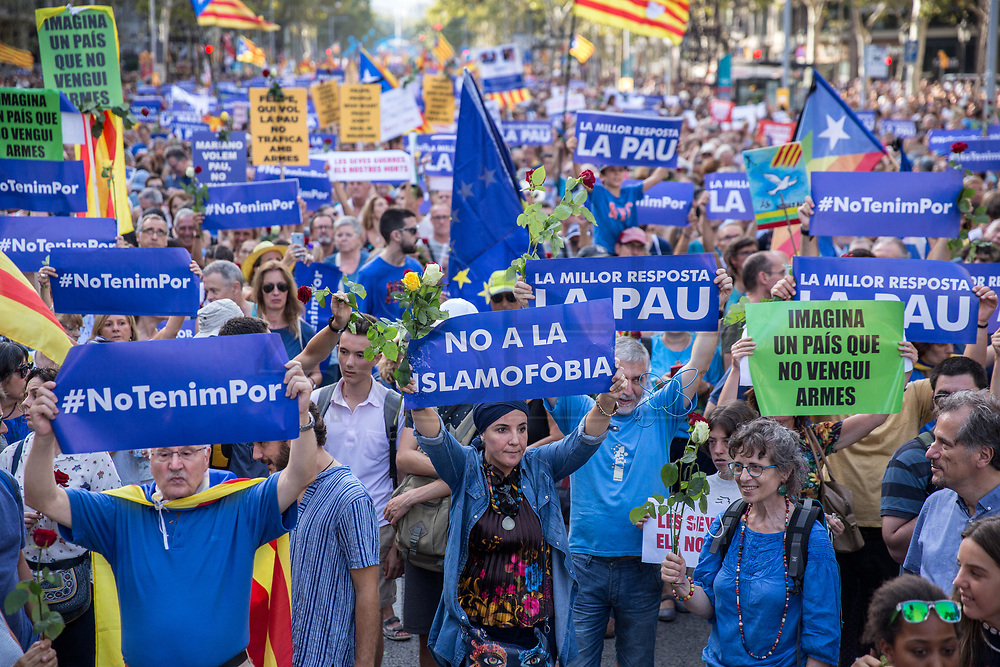