Alhambra Palace view from restaurant El Huerto de Juan Ranas in the Albaicin Quarter / GRANADA / Andalusia Region / Spain. Route by train after the steps of Washington Irving, romantic American writer who travelled in 1829 from Seville to Granada, where he wrote 'Tales of the Alhambra'. Fascinated by the wealth and exoticism of the Spanish-Muslim civilization, Irving was responsible, along with the French writers of the 19th century, for the romantic image of Al-Andalus. Alberto Paredes / 4SEE 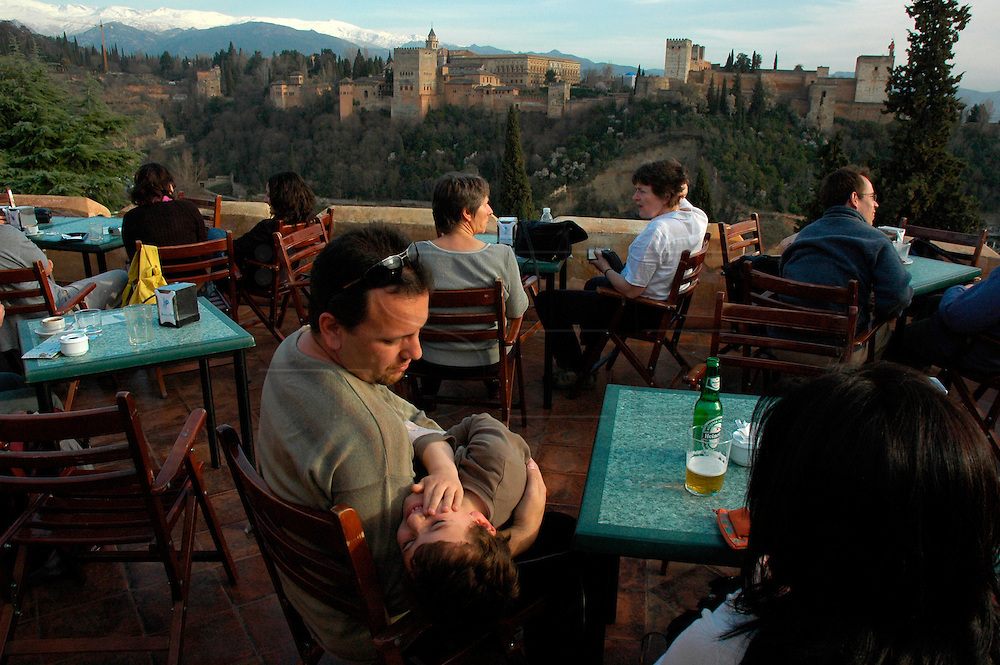