Scenes from the elevated subway tracks that make their way north south in parallel to Park Ave in Harlem. Harlem, a neighborhood of New York City in Manhattan, began as a Dutch village in 1658 and was later annexed to New York City in 1873. At the beginning of the 20th century African-American's began arriving from the southern American states looking for work in the more industrious north. With their migration, the African-American community brought with them a renaissance in the arts to Harlem that is still evident today. After World War II Harlem began experiencing a significant rise in crime and poverty due to the Great Depression that lasted until the 21st century. A new pride in the community has brought a renewed revival to Harlem, and crime rates have dropped to record lows giving the New York City neighborhood a new lease on life. 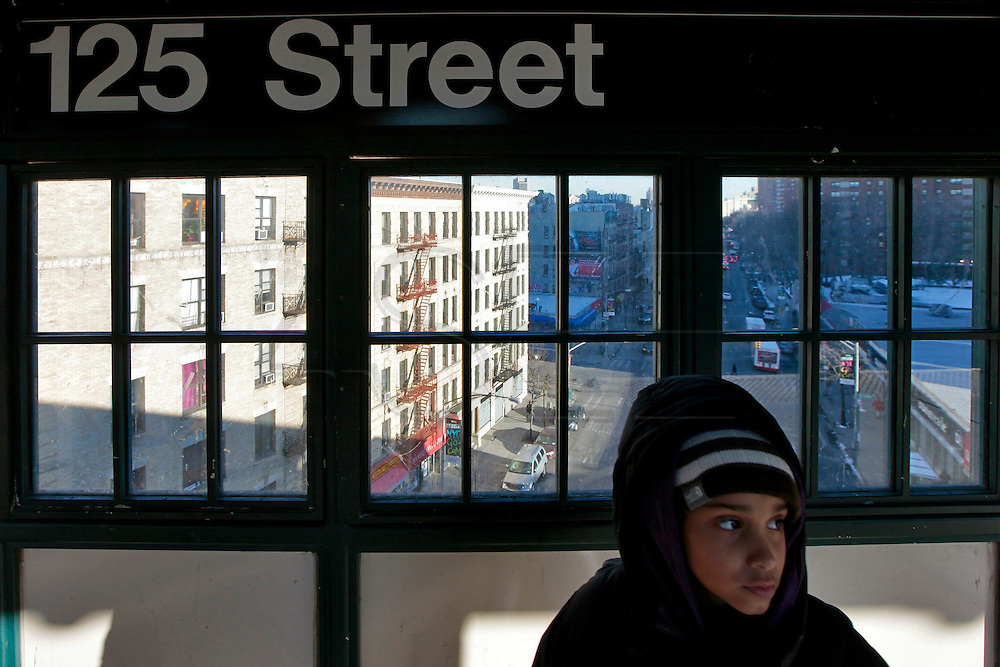