Hunted deer on hold for review by the veterinary team.

Hunting in my imagination was always more like taxidermy — as if the prey was just a mere accessory of the hunter's pose for his heroic photograph — the real trophy.

When I decided to document the daily lives of Portuguese hunters, I had in my memory the "cliché" from the photographer José Augusto da Cunha Moraes, captured during a hippopotamus hunt in the River Zaire, Angola, and published in 1882 in the album Africa Occidental. The white hunter posed at the center of the photograph, with his rifle, surrounded by the local tribe.

It was with this cliché in mind that I went to Alentejo, south of Portugal, in search of the contemporary hunters. For several months I saw deer, wild boar, foxes. I photographed popular hunting and private hunting estates, wealthy and middle class hunters, meat hunters and trophy hunters. I photographed those who live from hunting and those who see it as a hobby for a few weekends during the year. I followed the different times and moments of a hunt, in between the prey and the pose, wine and blood, the crack of gunfire and the murmur of the fields .

I was lucky, I heard lots of hunting stories. I found an essentially old male population, where young people are a minority. Hunters, a threatened species by aging and loss of economic power caused by the crisis in the South of Europe.

The result of this project is this series of contemporary images, distant from the "cliche" of 1882. 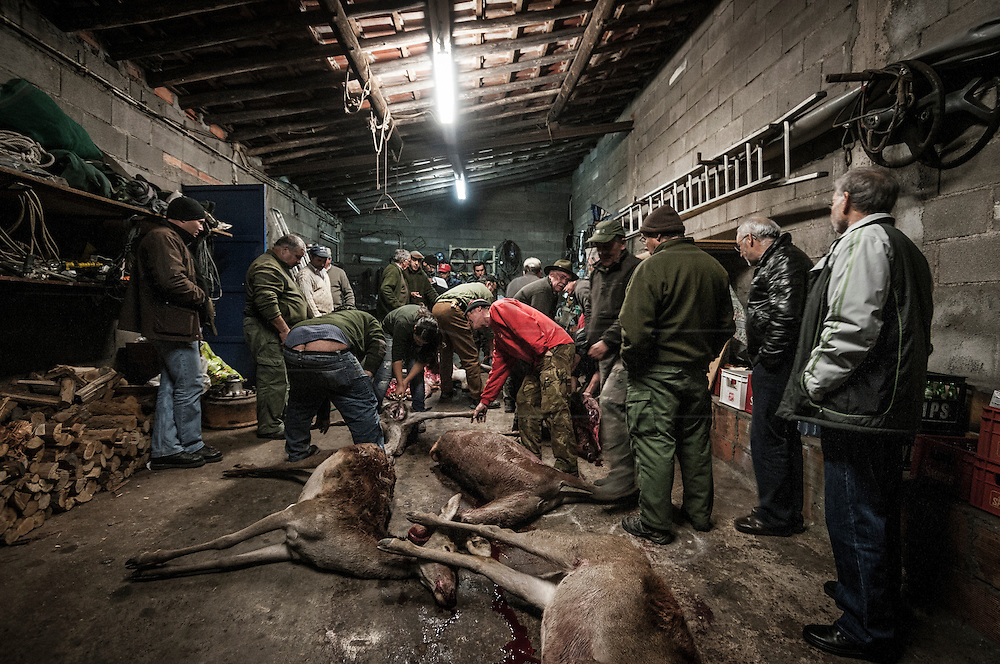