2015/11/20- Medellín, Colombia: The past and present of Medellín. These two bird made by Colombian contemporary artist Fernando Botero, represent the history of the city. The one on the left was damaged after a bombed went off on the 10th of June 1995 killing 30 people. Even if Pablo Escobar was dead the violence continued. Tours focusing on the life and death of Pablo Escobar are becoming quite popular among international tourists that visit Medellín. In recent times more than 10 tour operators have started to give the tour, helped by the interest generated by Netflix "Narcos" series. (Eduardo Leal) 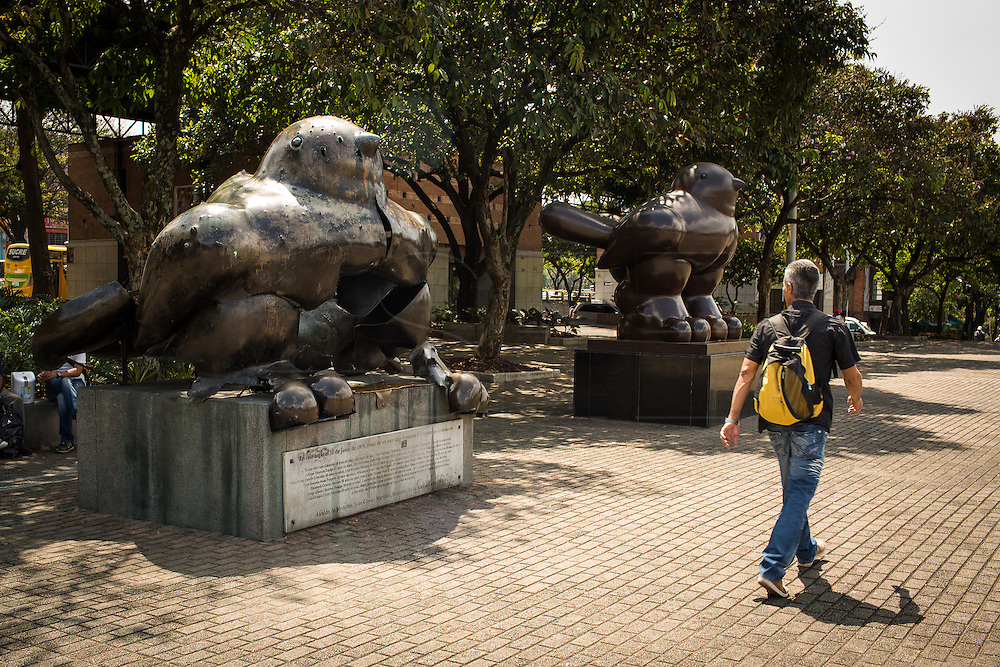