Abandoned for 5 years, the Fontinha's school in Porto, Portugal, has been occupied since April 2011 by squatters that developed a after hours occupation for kids and elders of the poor neighborhood. The space has been self-management ruled, with weekly meetings. Musical, sports, school support programs have been developed in an multicultural and multiparty environment.
After almost one year of occupation the municipality evicted them in April 2012 with the use of police force. In 25 of April 2012, day commemorating 38 years from the Carnation Revolution, a military coup that changed the Portuguese regime from an authoritarian dictatorship into a democracy, after a demonstration in front of the city hall, several groups of squatters and political activist from different left wing sections, like anarchist, maoist and communist reoccupied the school with the help of neighbors. 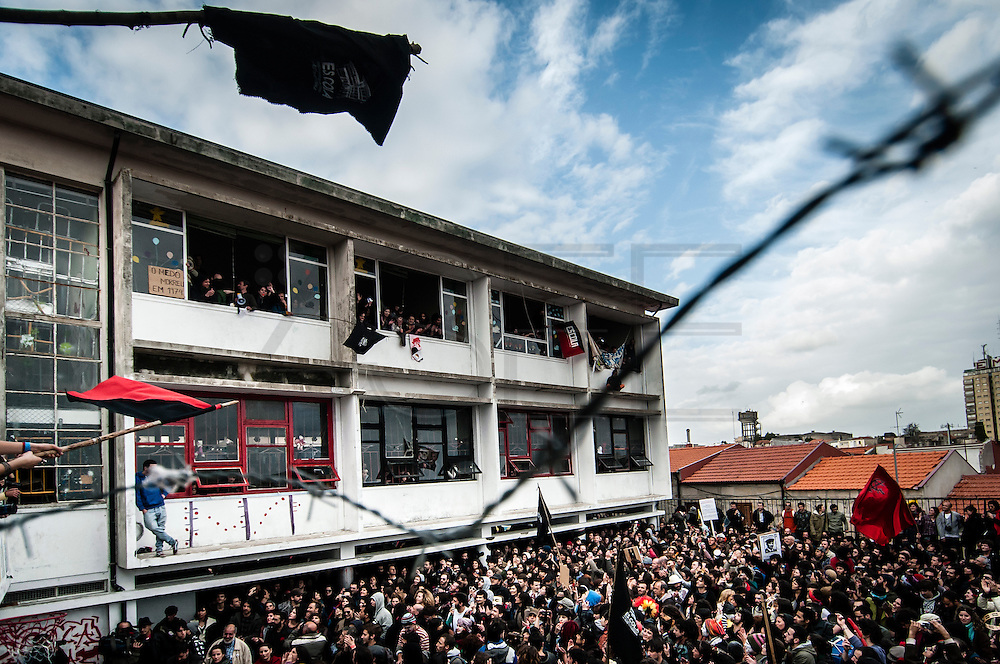