Under a hot tin roof

Robert moved from Italia to Lille one year ago. He is living with his family in a caravan in a settlement on the outskirts of Lille. //France is the land of destination of many Roma people in their diaspora across Europe, who live camped in many settlements at the outskirts of cities. In 2013, the French Government has expelled thousands of Gypsies from the East as in 2010, 2011 and 2012, this time without any financial aids. Many Roma live afraid to be expelled but they remain in the French country with the hope of receiving some kind of aid. Outskirts of Lille, France. December 2013. 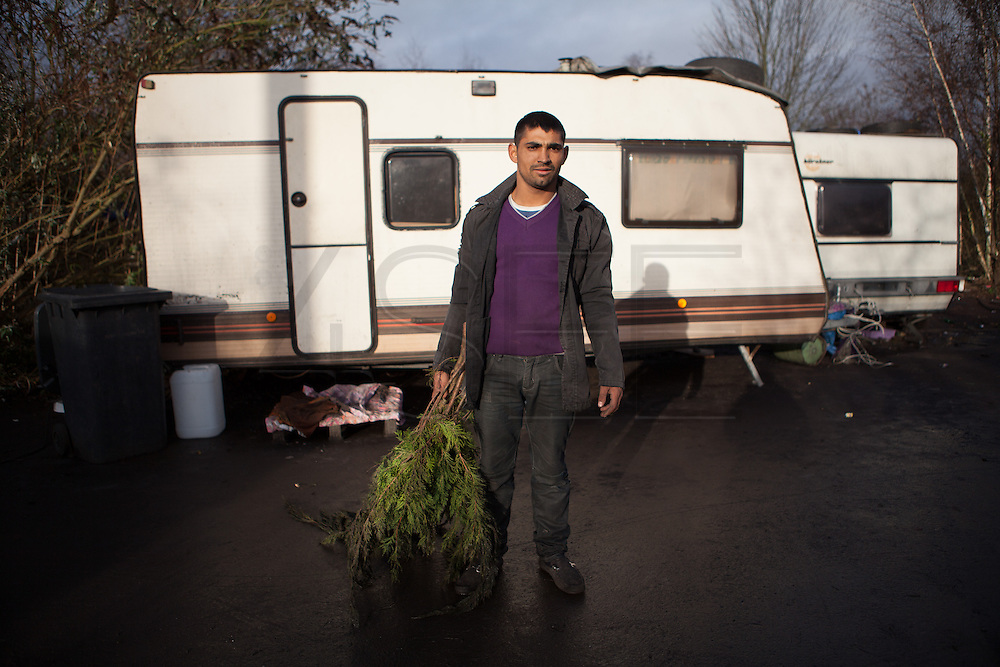