2015/11/24 - Medellín, Colombia: John Velásquez, best known as “Popeye”, prays to Maria "Rosa Mistica", the Virgin of Aguacatala in Medellín. "Popeye" was Pablo Escobar's former head assassin who was released last year from jail after 23 years of imprisonment. He confesses being the author of about 300 hundred murders ordered by Colombia's most famous drug lord. Velásquez is trying to integrate in society, writing already two book about his time with Escobar and has plans to make a movie. (Eduardo Leal) 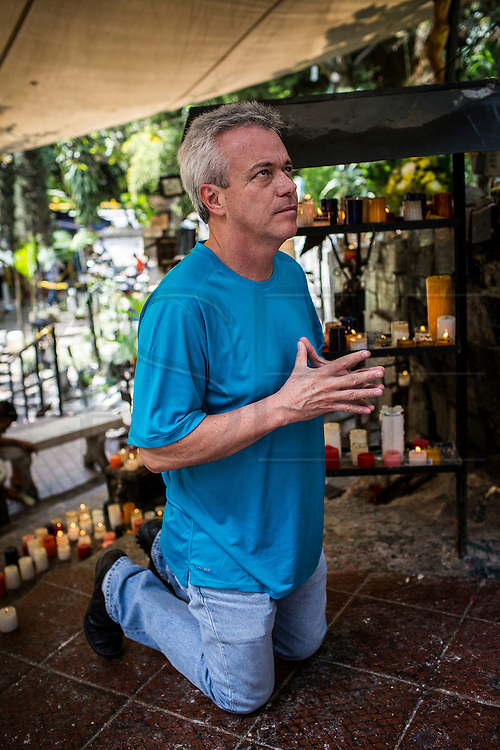