William White puts on his prosthetic arm which he uses when he goe to have lunch in his cell. Mr. White has been in for 6 weeks waiting for his lawyer to clarify a situation. The Bristol County Jail & House of Correction located on Ash Street in New Bedford, Massachusetts was started in 1829, and is the oldest running jail in the United States. The Ash street jail, as it is known, has been a controversial facility since it opened. It is believed to be the site of the last pubic hanging in Massachusetts sometime in the 1890's. Two big riots broke out in the 90's (1993, 1998) and since then the facility has been modified to alleviate some of the crowded conditions that resulted in the riots. 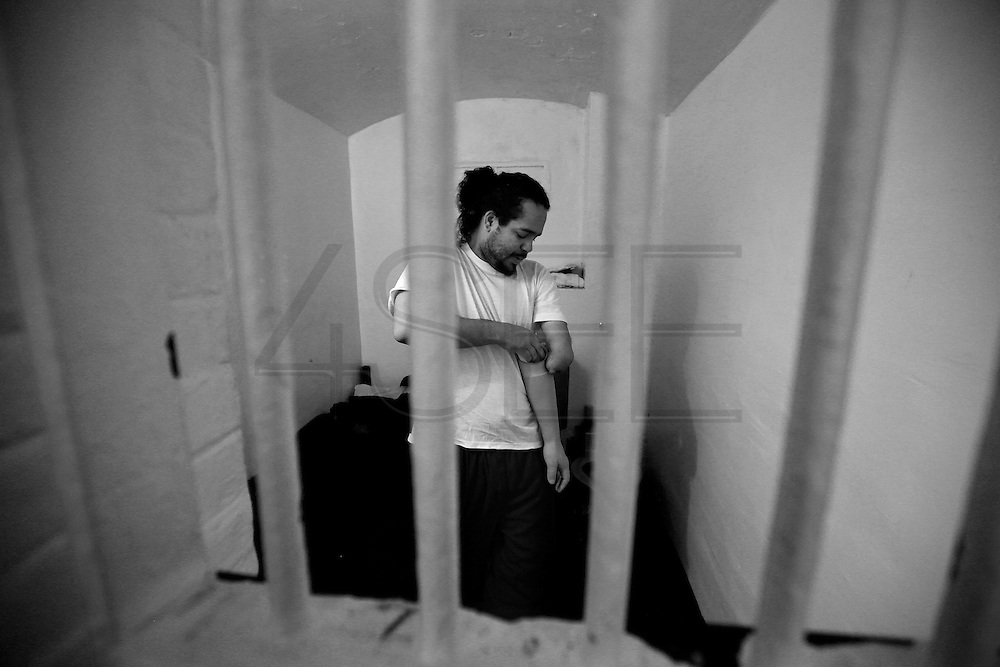