Filipe Carvalho, one of the owners of the companyamd his wife Maria, in the milking parlor.
It is said that Cleopatra always took her bath in donkey milk to keep her beauty eternal. Far beyond the aesthetic benefits, the donkey milk is in the animal world the closest to the human maternal milk and was used as it´s substitute until the twentieth century. More recent findings indicate that the donkey milk can also be consumed by children allergic to cow's milk.
Despite all this, the great utility of the donkey had always been their mobility and strength, with the mechanization of agriculture and the development of transportation, the donkey began to be used less and less. In Portugal, in the twentieth century, a very partircular kind of donkey came in the process of extinction, the race of Miranda.
Four years ago two businessmen in Portugal decided to merge these two factors and create Naturasin, a company dedicated to preserving the kind of Miranda by producing she donkey milk and selling it to the cosmetic industry.
The small farm in Couco a village 100 km from Lisbon is this days selling milk to countries as far away as South Korea, it has 50 she donkeys and in 2011 were born in the farm 17 copies of the endangered species. In Portugal. 20/01/2012 NO SALES IN PORTUGAL 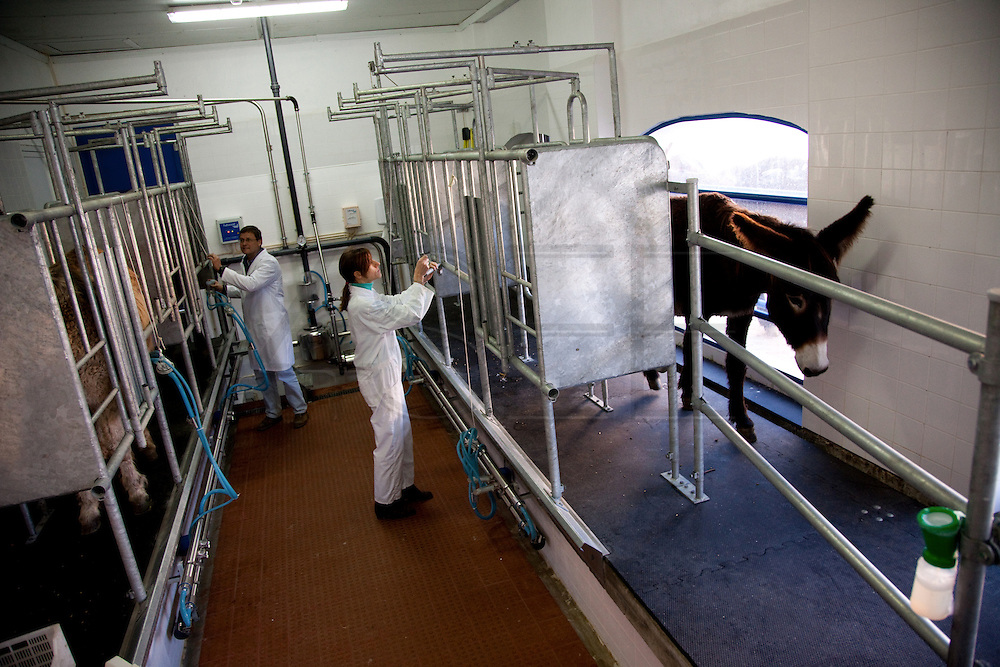