Carlos makes his way gingerly up the front steps at his mothers house. Carlos Raposa, 49, has lived with diabetes since he was 21. Mr. Raposa had both legs amputated from the knees down due to complications from the disease. Mr Raposa lives in Fall River and visits his mother regularly who lives close by. She cooks for him and helps him deal with the crippling condition he has been dealing with. As his condition has worstened over the years Carlos has had greater difficulty dealing with his condition. Increasingly, Carlos has fallen greater into depression and has turned to smoking and drinking to deal with it. What used to be monthly visits to the hospital has turned into weekly excursions with ever longer stays in hospital. Family members have become ever more worried about Carlos' drop in weight and his inability to move on his own any longer. For someone who was an athletic figure, Carlos has become a shadow of his former self. 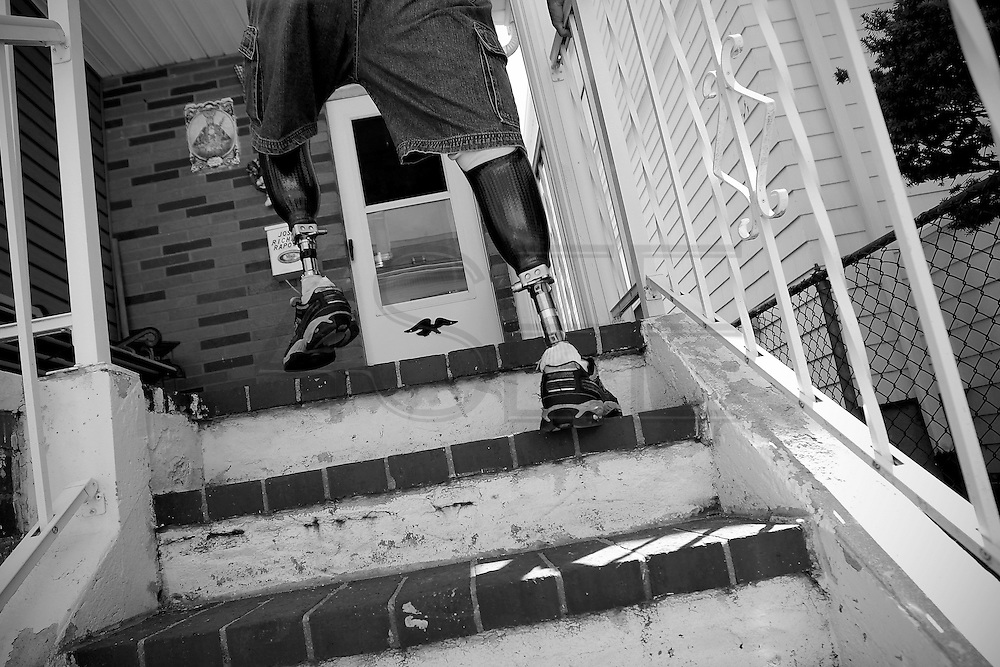