Athens, Greece - A Nigerian woman cries listening to the Sunday sermon of Revereng Jimoh B. Adebajo, who's speaking about the unfairness of discrimination and the human right to happiness. In Greece, the deep recession due to the Austerity Measures imposed by the Troika (European Union, European Central Bank, and International Monetary Fund) coincided with the worsening in life conditions of both the native population and the immigrant one. The latter had to face not only an enormous increase of poverty and unemployment -often leading to homelessness- but also the rise in popularity of Golden Dawn, an ultranationalist party which got 18 seats in Parliament after June 2012 election. G.D. propaganda and actions are all based on racism and hate towards the foreign communities, blamed to be one of the main causes of the crisis.
Bruno Simões Castanheira 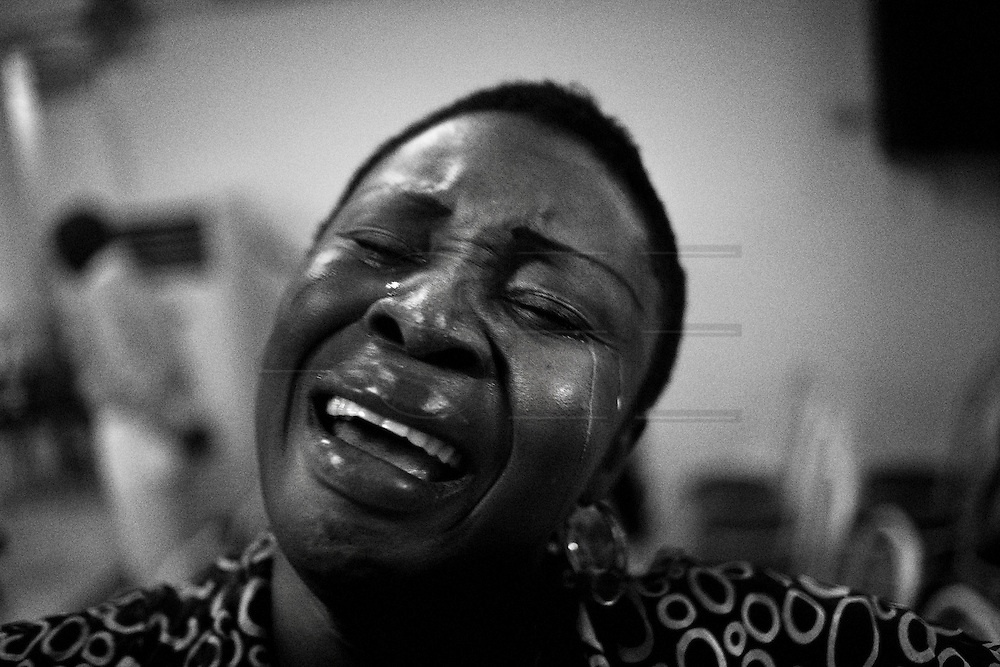