Doctors tend to Al Martinez after getting knocked out in the 3rd round, in the background Brian Kononchik is thrust into the air by his manager. Al Martinez was a boxer before contemplating a shot a Ultimate fighting, this was Al's first and last fight after losing it. Ultimate fighting is a mixed martial arts type of fighting where almost any type of strike is possible. Anything from punches to kicks to knee thrusts are legal, creating a type of extreme fighting in the ring. The popularity of ultimate fighting in the United States has skyrocketed since the mainstream media has given it greater coverage. 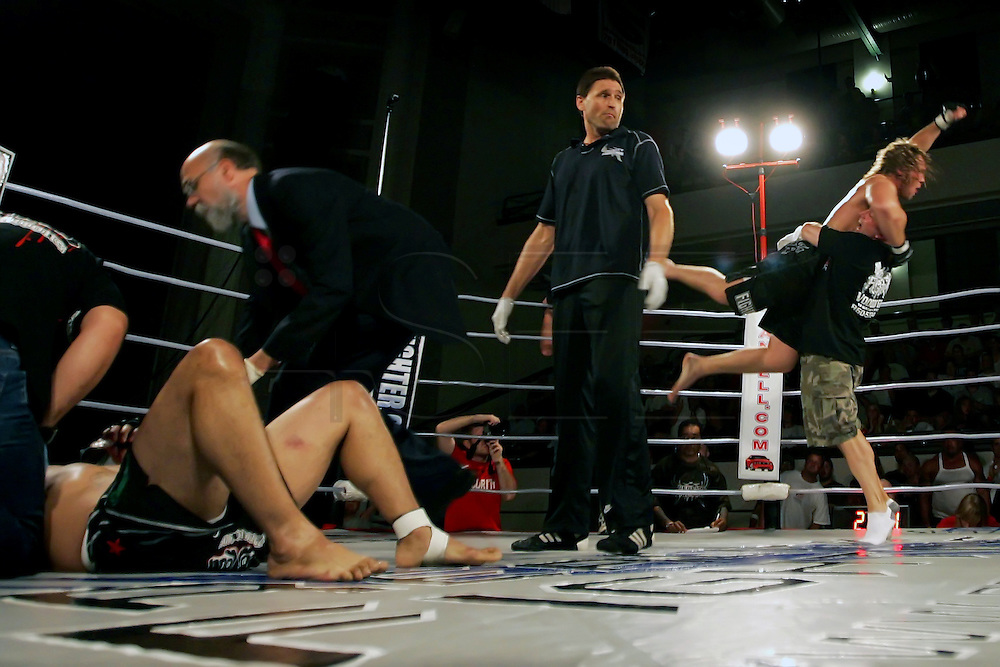