A man shows a meal ration card in a church charity soup kitchen with the dates in which the food ration was re-assessed. The most vulnerable sectors of the Portuguese population now rely, more than ever in recent times, on civil society solidarity as the sole means of survival. A growingly poverty stricken middle class fills the ranks as the biggest sector in the equation.
The number of people who resort to charities for food has not only increased but is comprised by not only the homeless, but by families with low income, unemployed, precarious workers and students. Being this an emergency situation and charities a necessary way to cope with it in the short term, this raises deeper questions in the long run. Many of this questions stem from whether should people depend on private enterprise, interest lobbies and charities food and basic public services and if the state should be deresponsabilized in providing services and social security, in principle, already paid by taxpayers. 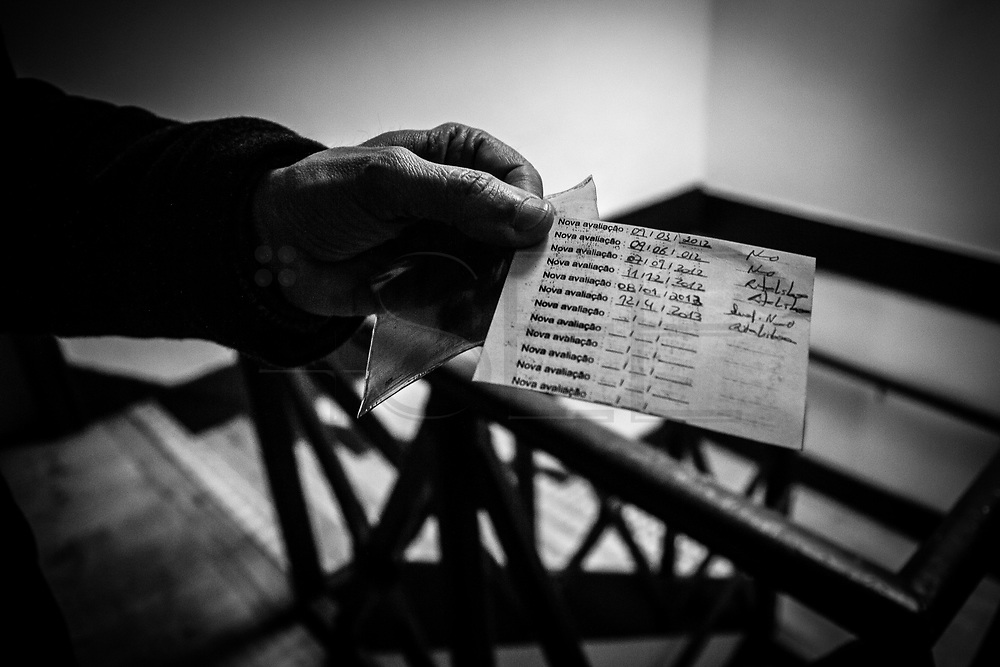