US Recruits - Becoming a Marine

Cindy Smith hold on to her boyfriend Josh Cook for the first time in twelve weeks as he is released to his family during a ceremony the day before he graduates and becomes a marine. Marine Corps Recruit Depot at Parris Island in South Carolina is where all male recruits living east of the Mississippi River and all female recruits from all over the US receive their arduous twelve week training in their quest to become marines. Even though there are two current active wars and a weak economy, recruitment has not been effected. Actually, recruiting numbers have increased, with more young men and women looking toward the military for answers. 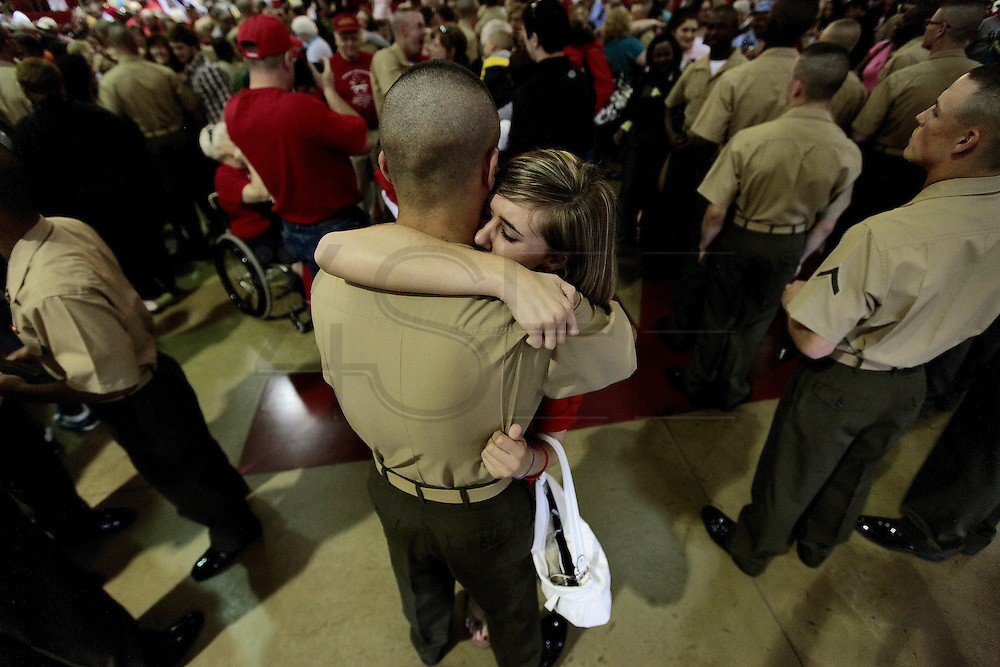