Phillippi Township, informal settlement.  Cape Town. South Africa. Mandzcnkosi Sikhonyama worked in a gold mine between 1966 and 1992. He developed first asthma and then in 1992 he got for the first time tuberculosis, at that time he was fired from the gold mine.  He got ill of TB other 3 times from 1992 until today.  He has been treated for tuberculosis. When he started to be treated in Cape Town Hospital the X‐Ray reveals also silicosis, the lung disease   causes by the durst that is breaded in the mines 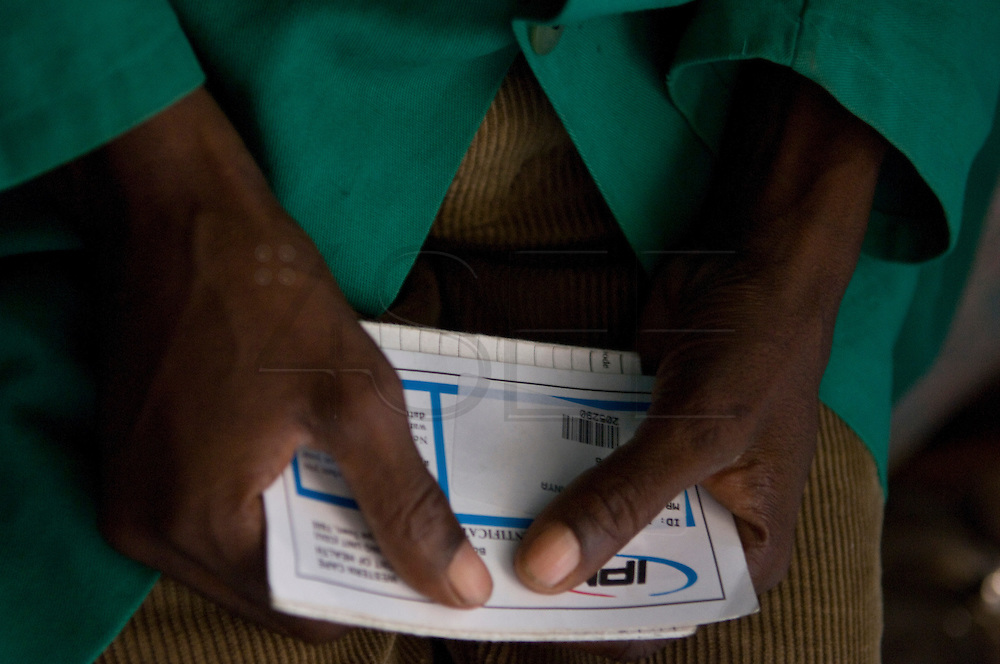