Two girls wait for their movie to begin as the center of Harlem is seen throught the windows behind them. The bright lights of the Apollo theater can be seen. Harlem, a neighborhood of New York City in Manhattan, began as a Dutch village in 1658 and was later annexed to New York City in 1873. At the beginning of the 20th century African-American's began arriving from the southern American states looking for work in the more industrious north. With their migration, the African-American community brought with them a renaissance in the arts to Harlem that is still evident today. After World War II Harlem began experiencing a significant rise in crime and poverty due to the Great Depression that lasted until the 21st century. A new pride in the community has brought a renewed revival to Harlem, and crime rates have dropped to record lows giving the New York City neighborhood a new lease on life. 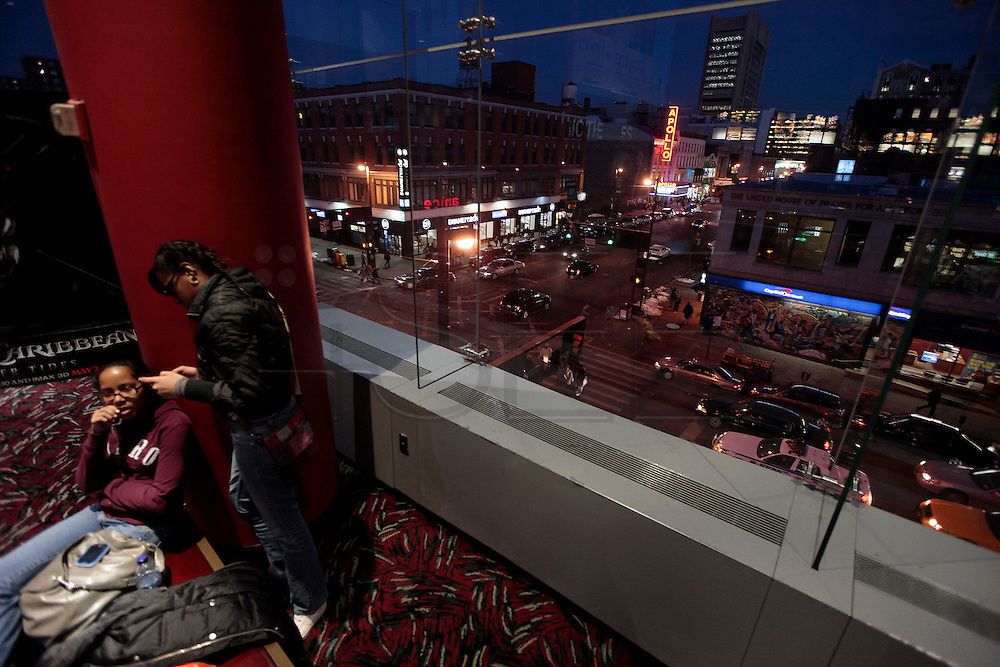