The night of São João (Saint John), in Valongo - nearby Porto - is celebrated in a peculiar way. This commemoration day of St. John, is a traditional celebration inspired by a secular legend. Groups of men dressing up in costumes, dance the so called "Dance of the bugios". In the middle there is a King, who is the king of "bugios", all together they celebrate the medieval legend that says : " The daughter of a Moorish king who lived there got sick and the king appealed to scholars and healers to cure her. Having no results and his daughter continued to languish, he called on Christians to ask for his daughter and prayed to the image o St. John. The Princess was cured and there was a procession to worship the image of St. John, what the Moors called the possession of the holy, to thank for this miracle." The festivities recreate that moment. 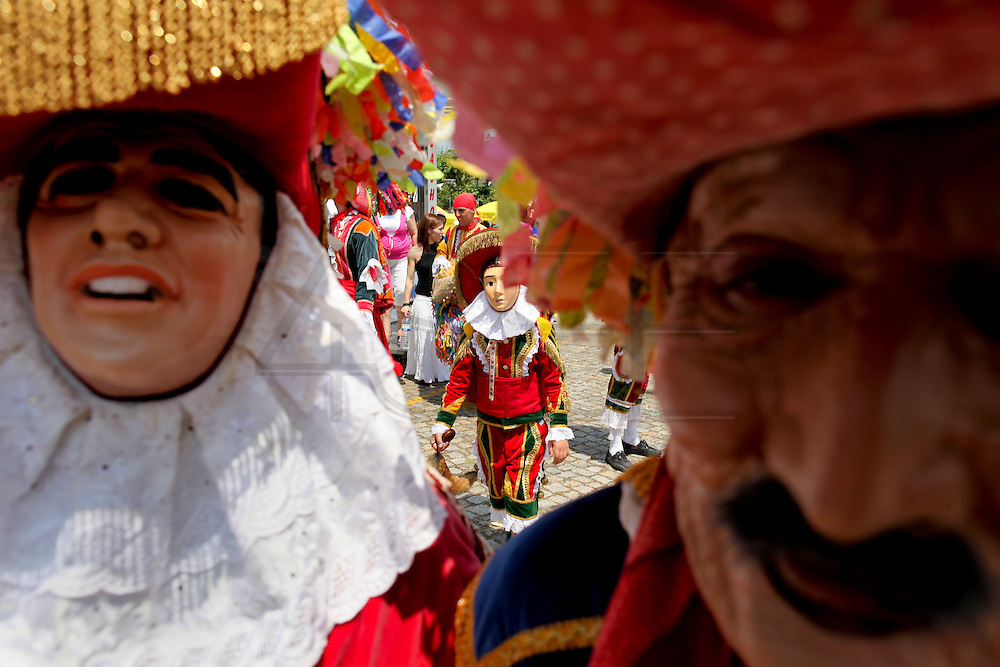