Carlos Raposa, 49, sits up on his hospital bed waiting for the nurses to bring him to the dyalisis machine at Saint Annes hospital in Fall River where he has been for the last 5 days after becoming weak. Carlos has lost both of his lower legs because of diabetes and struggles to deal with the commitment of getting dyalisis for over 2 hours 3 times a week. As his condition has worstened over the years Carlos has had greater difficulty dealing with his condition. Increasingly, Carlos has fallen greater into depression and has turned to smoking and drinking to deal with it. What used to be monthly visits to the hospital has turned into weekly excursions with ever longer stays in hospital. Family members have become ever more worried about Carlos' drop in weight and his inability to move on his own any longer. For someone who was an athletic figure, Carlos has become a shadow of his former self. 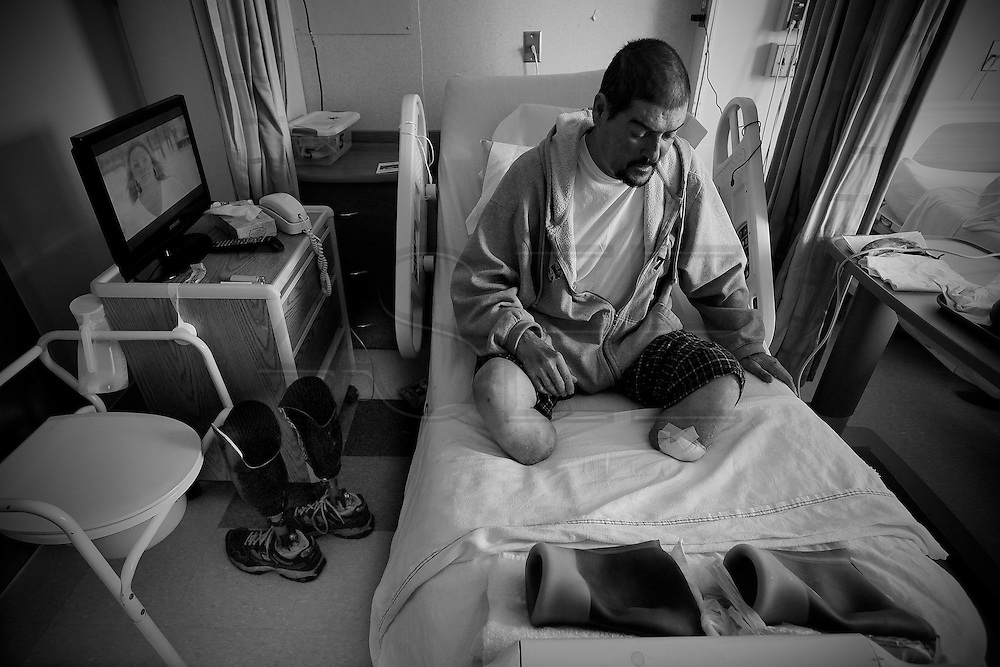